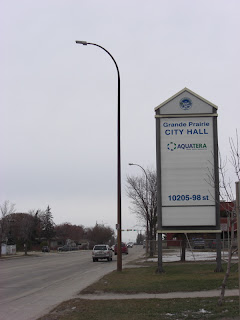 Before I head off to my Environment Committee meeting at 3pm I thought I'd take a moment to highlight a pilot project the city is running.

I've mentioned LED street lights before when I saw them at the FCM convention in Quebec City. Well since then public works has installed two of the units on light poles in front of city hall.

As you can see in the detail photo below the lamp head is a slightly different shape than regular lights. The biggest advantage of LED lights is that they take less power to operate so they can save money by reducing operational costs. In 2008 the city paid about $1.1 million dollars to keep the street lights on. Generally it's recognized that LEDs can reduce electrical use by up to 90% so, even if we were conservative and said we'd only see a 20% reduction in electricity consumption that would save tax payers over $200,000 per year! 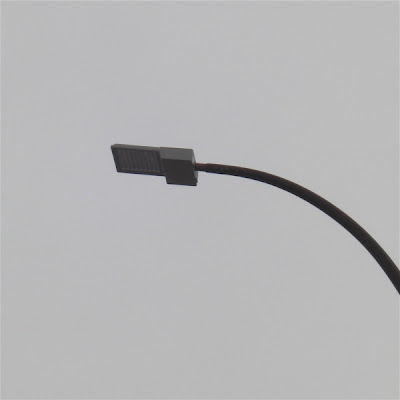 This is actually the city's second move towards LED lights on our streets - the first was when we converted the majority of our intersection traffic lights to LED technology. A note on the city's traffic FAQs page explains the savings that LEDs can achieve over the old incandescent bulbs, through their longer life-span and reduced power consumption.

Next time you drive by city hall at night check out the lights, they produce a little more of a "white" light compared to the "orange/red" light from the traditional bulbs. Hopefully you'll see them in your neighbourhood soon!
Posted by Bill Given at 12:54 PM

Any idea what the upfront cost comparison is?
Years for cost recovery?

I was so fed up paying the high electric bills, I decided to try out LED lights. I bought the LED lights to replace my old bulbs – CFL and incandescent – and guess what – my electric bills did drop a lot! I also found a great site to buy the LEDs called LEDinsider.com that I would recommend enthusiastically. They had good service (good phone and email support), great FAQs so I knew what I needed, and competitive prices; also, their shipping was fast and the LEDs were as good as advertised. www.LEDInsider.com. Excellent online shopping experience.