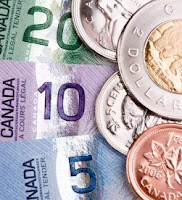 Yesterday at the General Government Services (GGS) committee meeting we discussed the city's Mill Rate for 2007.

I'm not going to go into a big explanation of the mill rate because I'm sure I'd mess it up if I tried to explain it in detail. I'll just do the simplified version: The Mill Rate is a part of the calculation to figure out how much your property tax bill is. The other parts of that calculation are, the total budget that the city needs to pay for that year and the value of all the properties that pay taxes. There are different mill rates for different types of property - family homes have a different mill rate than commercial property.

In Alberta all local governments have to tax properties based on their "market value assessment", what your home would sell for in the open market.

Sometimes you'll see governments make a big deal about the fact that they kept the mill rate the same from one year to the next. But, just because the mill rate hasn't changed doesn't mean your taxes will stay the same - remember the other parts of that equation.

If the value of your home has increased but the mill rate hasn't changed your taxes will usually go up.

In the city our mill rate has been going down every year. It's been heading south because we are taking into account the fact that property values in GP have sky rocketed. We actually stopped talking about mill rates a while ago and started to focus on the actual increase in dollars we collect. Yep, that's going up this year.

In fact it's a 6.5% increase over last year. I'm not happy about it but I'm also not gonna kid you - I voted for it. I'm sure there's a big discussion here and I'm open to your comments but the basic principle of government is this: if the public wants more stuff (more police, more road repairs, new facilities) then the budget is going to go up, if the budget goes up the money needs to come from somewhere to pay for it. That somewhere is your taxes.

As I said that is another discussion, today I wanted to tell you about two things that came out of us setting the mill rate.

First we lowered the mill rate on Apartments which have always been charged more than single family homes. In apartments it's the building owner that pays the taxes not the renters so it stands to reason that increases in costs would drive up rents. Taxes are after-all one of those costs. Over the past few years we had apartment owners lobbying us to lower the taxes to match single family homes. The argument being that these are businesses but they are also places where people live, so they should be taxed the same rate. That would help provide more affordable housing.

This year, in actually dollar value we are collecting less taxes from apartments then we did in last year. In 2006 we collected $1 867,444 from apartments, this year we'll collect $1 822, 108. That's an extra $45,336 back in the pockets of apartment owners. I wonder if rents will go down even a little bit.

The second thing relates to land that the city annexed from the County of Grande Prairie. There were negotiations with the land owners of course, one of the conditions that they requested was that their taxes stay the same as they were in the county. I figured that was reasonable, it's only for 5 years and the amount that the city would loose wouldn't be that much.

Funny thing: the county mill rate is higher than what we would have charged. So the lands that recently came into the city will be paying more. I asked yesterday and it's about 39% more. I don't think the dollar value is all that big but still, if they are paying $139 at the county rate they would have been paying $100 at the city rate.
Posted by Bill Given at 7:33 AM